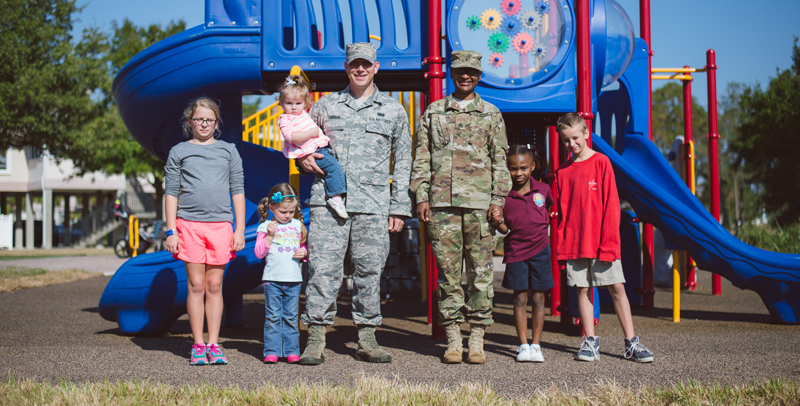 The $47,534 neighborhood project replaces an aging structure that was removed earlier this year and is equipped with two slides, two rock walls, a net climber, challenge ladder and tunnel.

The new installation is located in the Heritage Cove neighborhood, which has 94 homes for military families and is easily accessible for all 572 active duty families stationed on base. These families represent all major branches of the military, including the Air Force, Army, Navy, Marines Corps and Coast Guard.

“We are so proud to present this new playground to the many military families stationed at MacDill Air Force Base,” said Thaddeus Foster, a member of the board at AFFF. “A new playground was the most requested item from families participating in an annual survey, and when we learned this we knew we had to help.”

The phrase CARING FOR THOSE WHO CARE FOR OUR FREEDOM® is a registered service mark of Armed Forces Families Foundation, Inc. for its charitable services, namely, organizing and conducting volunteer programs and community service projects aimed at increasing support and morale of members of the U.S. military and their families.